After two years of disruption, Commoners Choir are delighted to tour once again, bringing their virtual pub, The Hope & Anger to venues up and down the country.
The new pub in town is packed full of hope with a little bit of anger, doused with humour, a pub quiz and a vegan meat raffle. An evening at the Hope & Anger is a two hour show, hosted by multi-award-winning comedian, David Eagle of Young 'Uns fame. Commoners will be performing two sets accented by David's stand-up comedy routine, with a specially themed Hope & Anger pub quiz in the interval.

INFORMATION AND TICKET LINKS ARE ON THE 'GIGS' PAGE.

Clauses 54 to 58 of the new Bill relate to protests (of more than one person). They effectively ban protests. They do so by giving the police and the Home Secretary new powers which give them the ability to ban protests on grounds which are drafted so widely that they could apply to any meaningful protest. The only kind of protests which are likely to be allowed to go ahead are those where the authorities support the aims of the protest.

Under the current law, the police can ban or impose conditions on a protest if they reasonably believe that the protest may result in serious public disorder, serious damage to property or serious disruption to the life of the community. But under the Bill, the grounds for the police to ban or impose conditions are dramatically widened so that they include, among other things, the noise made by a protest. It would be sufficient under the Bill to ban a protest if the noise generated by the protest “may have a relevant impact on persons in the vicinity” and “that impact may be significant”.

In practice, the Bill would allow the police to ban any protest which generates noise, which is to say, basically any protest. As the Good Law Project has noted, “It is difficult to escape the conclusion that an attack on the making of noise is a disguised attack on the very nature of the right to protest.”

The Bill also gives unfettered power to the Home Secretary, currently Priti Patel, to define the meaning of certain key definitions. She could do this, after the Bill becomes law, by ministerial regulation, with minimal parliamentary oversight. That in itself is highly disturbing.

Clause 59 creates a new criminal offence. Among other provisions, it provides up to ten years imprisonment for causing someone to suffer “serious annoyance” or even for putting someone at risk of suffering “serious annoyance”. One likely purpose of this oppressive provision is to scare people away from joining protests.

A collaboration with a big bunch of friends who stepped in to sing (and play) along in support of the ‘Let The Music Play’ Campaign, March 2021

For this song, Commoners Choir has opened its ranks to singers and musicians across Britain, to join us in singing a song for all those who work in the music industry, whose livelihoods are being wrecked by an ignorant, elitist government that cares nothing for art and artists.

In January, news was leaked (and subsequently confirmed) that during Brexit negotiations the British government had rejected an EU offer of free movement for musicians in Europe. This limits and denies musicians’ ability to tour without mountains of paperwork and complex restrictions in each country, at each border.

At the same time, it has been abundantly clear that over the past year of a crippling pandemic, there has been a complete refusal by this government to adequately support musicians and the music industry as a whole, including venues, technical workers, record shop owners, tour and festival organisers. Musicians – along with many other artists – are being been sidelined and ignored.

Here's our Xmas present to you all! 'The Santa Claus Army', a seasonal tale of festive goodwill and revolutionary action. And with this we end a miserable year of cancelled gigs with another singing-together-apart recording, 50 or so Commoners recording their parts in their kitchens, flats and living rooms... all together now, "ho, ho ho!"

Kaveh’s Heart Song tells the story of one person who escaped persecution and found a home in Britain. His response to the way he was helped was to train as a heart surgeon. This song is about one person’s story, but there are millions of people around the world who have to up-sticks and move all the time. Some of them arrive here in the UK and as Commoners, we welcome them all. We recognise that some of us are ourselves migrants already and that any of us could face circumstances that force us to move. From our perspective, people arriving in our communities enrich them and make life better.

The lyrics were written by Sarah Woods, the film made by Phil Moody and Carolyn Edwards in collaboration with land artists Sand In Your Eye.

these are the bastards - new video

'These Are The Bastards' is Commoners Choir's third lockdown video – the perfect partner to our 'These Are The Hands' song (see below).

these are the hands - new video

Here's a lockdown film, 'These Are The Hands', which is inspired by a poem written by Michael Rosen. It's a song we wanted to hold in our heads while we all applauded the people who were doing the work to help us all through the pandemic.

The song was written by Boff and Commoners and was recorded by the choir in their separate homes on their separate phones and laptops and sent separately to be united, joined, gathered, merged and squashed together into a lovely whole.

And here's the song and video for 'Singing Together Apart'. The song was written to try understand the idea that this huge bunch of people were suddenly no longer able to meet and sing together. The sheer physicality of 70+ people in a room, singing, is impossible to emulate on screens, separated and distanced.

But recording this song in our kitchens, living rooms and gardens and then being able to see how it can come together to make a proper Commoners Choir song is a way to remind us of how we can still, through all this, be a shouty, laughing, gang of a choir.

The tune is vaguely Italian, inspired by the lovely films of Italians in quarantine singing together on their balconies.

Our new album 'UNTIED KINGDOM' is now available to buy from OUR SHOP.

The limited edition version comes in a fancy-schmancy lace tie-up sleeve and is just over 50 minutes long.

The album is a state-of-the-nation look at this place we call home. It's not like the last album... it's better.

There's a video of our song 'George Orwell Meets The Commoners On The Road To Wigan Pier', filmed up in the Yorkshire Dales when snow lay thick on the ground and we went yomping across the hills armed with map, compass and flag.

And another reason to shoot straight over to the Writing page is an exhaustive (and possibly exhausting, get yourself a cup of tea before you start...) round-up of how 2018 dealt with Commoners Choir. Essays on gigs, events, rehearsals and what-have-you by a wide assortment of Commoners. 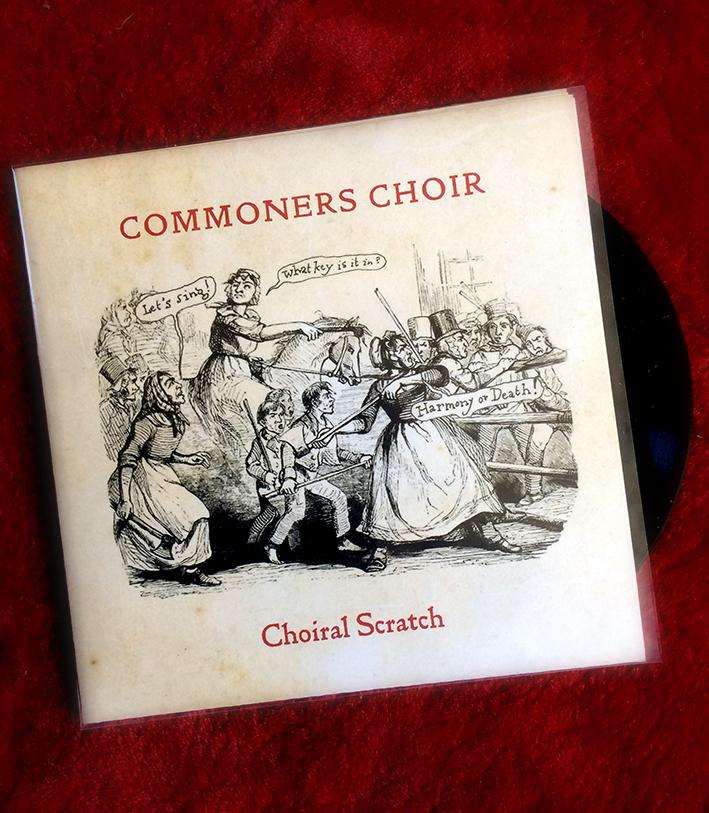 AVAILABLE NOW in our SHOP 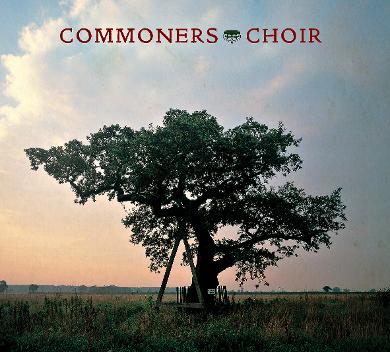 Also available to order direct from our Online Shop

And watch a short trailer for it below…